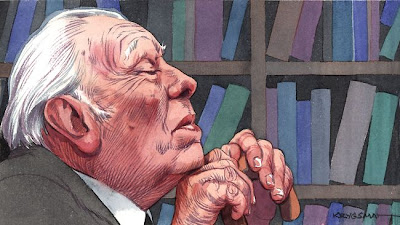 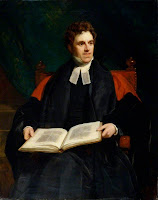 "Fanaticism is idolatry; and it has the moral evil of idolatry in it; that is, a fanatic worships something which is the creation of his own desire, and thus even his self-devotion in support of it is only an apparent self-devotion; for in fact it is making the parts of his nature or his mind, which he least values, offer sacrifice to that which he most values.  The moral fault, as it appears to me, is the idolatry--the setting up of some idea which is most kindred to our own minds, and the putting it in the place of Christ, who alone cannot be made an idol and inspire idolatry, because He combines all ideas of perfection and exhibits them in their just harmony and combination.  Now in my own mind, by its natural tendency--that is, taking my mind at its best--truth and justice would be the idols I should follow; and they would be idols, for they would not supply all the food which the mind wants, and whilst worshipping them, reverence and humility and tenderness might very likely be forgotten.  But Christ Himself includes at once truth and justice and all these other qualities too... Narrow-mindedness tends to wickedness, because it does not extend its watchfulness to every part of our moral nature, and the neglect fosters wickedness in the parts so neglected."