Earth | Time Lapse View from Space, Fly Over | NASA, ISS from Michael König on Vimeo.
Posted by David Angsten at 9:14 PM No comments: 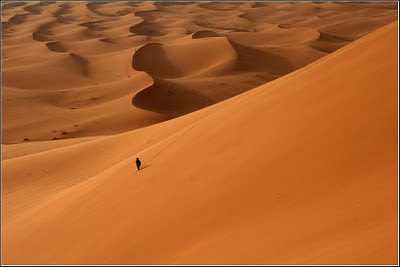 "You leave the gate of the fort or the town behind, pass the camels lying outside, go up into the dunes, or out onto the hard, stony plain and stand awhile alone… Here, in this wholly mineral landscape lighted by stars like flares, even memory disappears; nothing is left but your own breathing and the sound of your heart beating. A strange, and by no means pleasant, process of reintegration begins inside you, and you have the choice of fighting against it, and insisting on remaining the person you have always been, or letting it take its course. For no one who has stayed in the Sahara for a while is quite the same as when he came."

Let's Have Some New Clichés 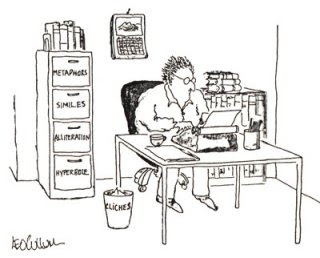 “We should have more clichés. They are in truth, as someone said in jest, the poetry of the people.  Without clichés, there are no proverbs, no shared references, and language itself is scarcely possible.”
--Dot Wordsworth

Posted by David Angsten at 12:08 AM No comments:


If that wasn't frightening enough, there are more HERE.

Aranofsky’s approach to these 30-second spots is similar to that taken in his movies, with their fluid shifting between subjective and objective points-of-view. The tension between the two adds a fascinating dimension to the unfolding drama. In essence, his style confirms the primacy of consciousness:  one’s state of mind inevitably shapes the state of one’s reality.
Posted by David Angsten at 9:11 PM No comments:

This video was shot near Santa Cruz, where a pod of humpback whales has been surface feeding lately.
Posted by David Angsten at 10:34 PM No comments: