Klavan on a Classic 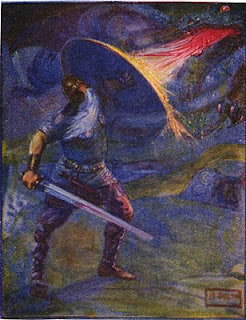 Could a 1000-year-old poem be the oldest (Old) English language thriller? So contends author Andrew Klavan in a brief and insightful essay on the heroic epic BEOWULF, "a brooding, blood-soaked celebration of warrior manhood."

"It may not be a thriller in the modern sense of the word, but it holds the kernel of the idea that gives our genre one of its key reasons for being. In modern fiction, only genre novels—crime, horror, fantasy, sci-fi—regularly dramatize the existence of evil, the need for courage, and the glamour of physical strength and fighting skill. It’s an essential and too often neglected role of the arts to portray these things. If they don’t, it becomes too easy for us to forget them, too easy for us to be self-satisfied with our lives of compassion and peaceful loving kindness without paying tribute to the warriors who make those lives possible."

Posted by David Angsten at 8:54 PM No comments: 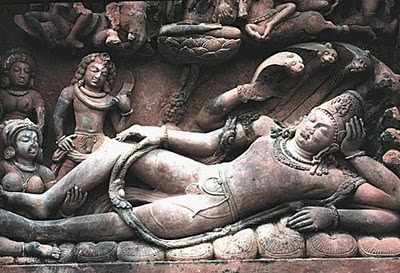 The Gods are not dead;they are sleeping like ferrets,
Curled up in their underground temples of gold,
And they smile as they dream of fresh worlds where their merits
Are properly prized and they never grow old.

They smile in their sleep. Their triangular teeth are
As white as the smocks of the virginal martyrs,
Whose psalming and incense swirl up to the ether:
Sweet, spiritual smells and religious cantatas.

How weary, these Gods, when their efforts to please us
Are written on water or crumble to dust!
Now Phoebus Apollo and Brahma and Jesus
All sleep the Elysian sleep of the just.

Will they wake? But why should they, now no-one supposes
Mere prayers can alleviate famine or flood?
So they sleep and they smile, and their sharp little noses
Just wrinkle a little -- as if they smelt blood.

--John Whitworth
Posted by David Angsten at 10:50 AM No comments: 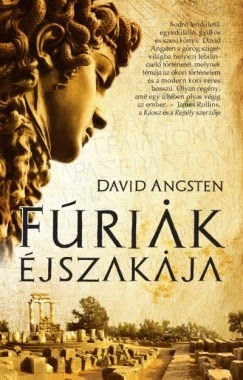 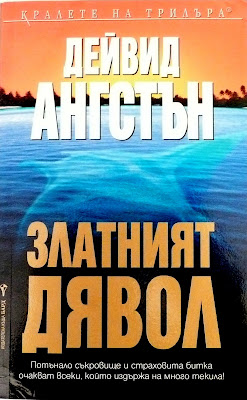 Posted by David Angsten at 9:21 PM No comments:

The Novel as the Modern Medium of Myth Throughout human history, we have looked to stories and myths to provide the sense of meaning and significance that a fulfilling life seems to require. It's one of the essential yearnings of humanity--to transcend our mundane existence, to be lifted momentarily outside ourselves, to touch something deeper, perhaps eternal, beyond the reach of death.

In A Short History of Myth, religious scholar Karen Armstrong asserts, "There is never a single, orthodox version of a myth. As our circumstances change, we need to tell our stories differently in order to bring out their timeless truth." Beginning with the Paleolithic Period, she traces the major changes in mythology over the past 10,000 years (in a mere 149 pages!), ending with a discussion of the modern era, in which myth has been largely rejected in favor of more rational, scientific, historical modes of thought. 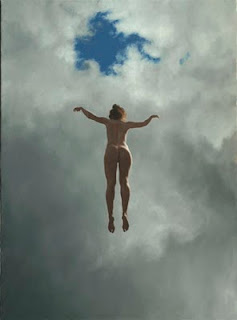 I learned to meditate when I was young and have continued doing so twice a day for over forty years. Repeating a simple thought-sound called a mantra, I reach a disembodied state of expansiveness and calm, in which the sense of separateness seems to blissfully fade away.

It may be this experience is nothing more than a physical function of brain wave activity, a momentary coherence that gives the feeling of expansiveness, like a form of self-hypnosis, an illusion or trick of the mind. That would be the most likely "objective" explanation.

I prefer, however, to believe it's something more. I prefer the myth offered by the sages of ancient India, who first discovered this transcendent state some three or four thousand years ago. They believed they were tapping into the divine realm of Brahman, the universal Spirit, the infinite Ground of Being, the field of pure consciousness that underlies all of Creation. For the sages, experiencing Brahman was not an illusion; to the contrary, it was the mind "awakening" to the Truth.

For me, believing this myth not only enhances the experience of meditation, more importantly, it deepens and enriches my daily experience of life. But beyond its usefulness, I feel, in a way, compelled to believe the myth. I feel it simply has to be true. It is, after all, my experience. And the sages' explanation is certainly more satisfying than the notion that it's only some kind of chicanery in the brain.

As Ms. Armstrong writes, "A myth is true because it is effective, not because it gives us factual information." Still, I feel some tension around it, an unsettling, perhaps irresolvable, uncertainty. 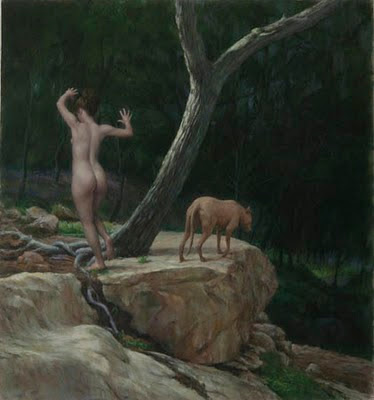 This reflects the basic tension surrounding religious faith, an anxiety very much alive in the modern world: the inherent human yearning for myth and meaning, and the difficulty for modern man to believe what is not objectively verifiable. I think it's the most important challenge confronting artists, writers, and filmmakers, the contemporary constructors of myth: What can you make us believe in? Or more exactly, what is worth believing in?

According to Karen Armstrong, these questions of modern mythology may perhaps be best addressed in the art form of the novel:

"...[T]he experience of reading a novel has certain qualities that remind us of the traditional apprehension of mythology. It can be seen as a form of meditation. Readers have to live with a novel for days or even weeks. It projects them into another world, parallel to but apart from their ordinary lives. They know perfectly well that this fictional realm is not 'real' and yet while they are reading it becomes compelling. A powerful novel becomes part of the backdrop of our lives, long after we have laid the book aside. It is an exercise of make-believe that [...] breaks down barriers of space and time and extends our sympathies, so that we are able to empathize with other lives and sorrows. It teaches compassion, the ability to 'feel with' others. And, like mythology, an important novel is transformative. If we allow it to do so, it can change us forever." 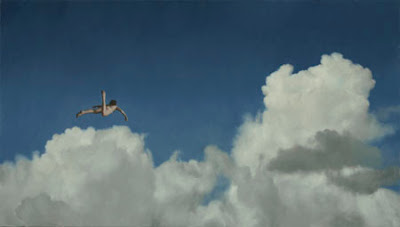 paintings by the master, Harry Holland

Posted by David Angsten at 1:55 PM No comments: 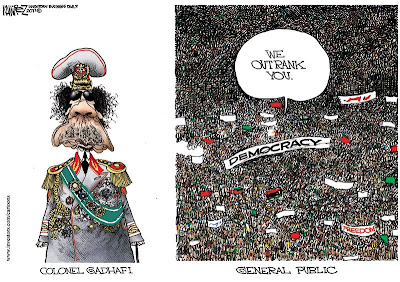 Posted by David Angsten at 8:01 PM No comments: