"Never play cards with a man called Doc.  Never eat at a place called Mom's.  And never sleep with a woman whose troubles are worse than your own."

The Problem of Muslim Leadership

"The question requiring an answer at this moment in history is clear: Which group of leaders really speaks for Islam? The officially approved spokesmen for the "Muslim community"? Or the manic street preachers of political Islam, who indoctrinate, encourage and train the killers—and then bless their bloodshed?

[...] "I wonder what would happen if Muslim leaders like Julie Siddiqi started a public and persistent campaign to discredit these Islamist advocates of mayhem and murder. Not just uttering the usual laments after another horrifying attack, but making a constant, high-profile effort to show the world that the preachers of hate are illegitimate. After the next zealot has killed the next victim of political Islam, claims about the "religion of peace" would ring truer."

Posted by David Angsten at 3:22 PM No comments: 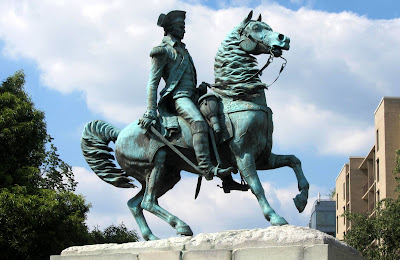 From Leif Babin, a former Navy Seal who deployed three times to Iraq:


Let's remember on Memorial Day—and every other day, for that matter—that America did not become a nation without a fight. Last week, I found myself in Washington, D.C., admiring a bronze statue of George Washington. The statue shows him as a general, astride a horse, sword drawn at the ready. This was Washington as a true American leader, inspiring those around him by showing that he too was willing to risk death for the cause of victory. The statue brought to mind the thousands of soldiers who marched with him into battle against the British, facing seemingly impossible odds.
It was not the Declaration of Independence that gave us freedom but the Continental Army. America was born from conflict, delivered by soldiers willing to pay with their blood the tremendous cost of freedom.
The dead did not wish to be martyred. They no doubt longed to return to their homes and families. But they believed in the "glorious cause," something far greater than themselves. Despite knowing the dangers before them, they followed Gen. Washington into the fray even when victory seemed hopeless and the cause all but lost.
In America today, there are those who believe that under no circumstances is war the answer. Violence only begets more violence, we're told. The unstated message: Nothing is worth fighting and dying for. History disagrees.
Knowing firsthand the hardships of combat gives me all the more reason to admire and stand in awe of those who marched with Washington and gave their lives for the United States of America. Most will never be depicted in bronze, but their sacrifices matter. The legions of American warriors since then who sacrificed their lives have not done so eagerly, nor have they done so blindly. They acted willingly because they believed in a great nation that is worth fighting and dying for.
Memorial Day is a living monument to them, a recognition of freedom's cost. May we never take those sacrifices for granted.
Posted by David Angsten at 9:38 AM No comments:

of If and Then and Since and Or and And 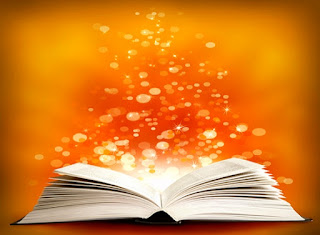 
Let us praise poets who are not afraid
of Therefore – or of other wingless words
that do what they are told, and nothing more.
The shiny words fly in with their ideas
scattering light, and settle on the hand
of these old neighbours, friends from Lexicon Street:
their wooden arms hold up such procreant cradles,
such rainbow angels – and such smelly fiends –
almost invisibly, like the anonymous tree
on which the phoenix sat, and sang, its claws
grasping the bark, sensing the ancient hardness
that lets us flash our iridescent scales.
With them we praise Lucretius, his great song
of Whatsoever – the nature of the world.
He picked his way among the filmy visions
and saw how sheep speckle a mountain-side,
and how the breathing earth creates big waves.
But also, at his marriage to the muse,
we saw them, hurrying off toward the Void,
being caught in a shower of atoms, the confetti
of If and Then and Since and Or and And.
--Alistair Elliot
Posted by David Angsten at 10:47 PM No comments: 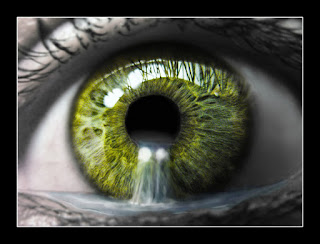 From Lloyd Evans, in a review of John Logan's new play, Peter and Alice, comes this dry-eyed observation of something we've all noticed but perhaps never articulated:


"Alice, as an adult, recalls her sons’ deaths on the western front. This gives Dame Judi [Dench] a chance to have a good old blub. The sight of an actor giving it the full Niagara is invariably tedious to watch although reviewers are usually polite enough to call it ‘profoundly moving’ or something like that. Here’s the difficulty. Yielding to tears is an abject and finished action that disengages our interest. The attempt to defy grief, on the other hand, and to overcome tears, is a heroic and unfinished act that sustains our interest. When actors sob, drama dies." 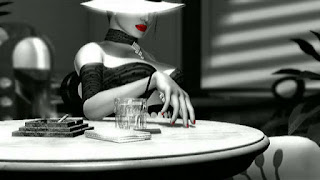 "My theory has always been that the public will accept style provided you do not call it style either in words or by, as it were, standing off and admiring it. There seems to me to be a vast difference between writing down to the public (something which always flops in the end) and doing what you want to do in a form which the public has learned to accept."

--Raymond Chandler
Posted by David Angsten at 8:22 PM No comments: 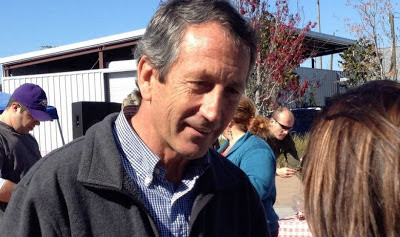 Sanford declined to describe his meditation techniques, but said, "I've tried to be disciplined about a quiet time each day."
Posted by David Angsten at 1:35 PM No comments: