Two Feet of Snow in Seattle 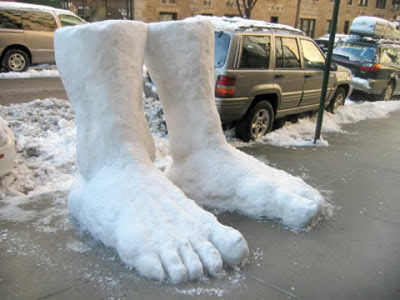 (from Michael Drescher)
Posted by David Angsten at 3:51 PM No comments:


Saturday night we joined the parade of looky-loos touring the LA art galleries on south La Cienega Boulevard.  The profusion of mind-numbing abstract art and the zombie stares of the foraging crowd reminded me of John Logan's Rothko play, RED, and a review of it written last year by the British critic/playwright Lloyd Evans:


"This play is about painting, or rather about the remnant of painting we call ‘modern art’. Before photograpy destroyed draughtsmanship, artists were labourers, odd-jobbers, innovators, scientists in the best sense, philosophers with dirty hands using the materials of the universe to enhance our understanding of it. Until the second half of the 19th century, painting was a vague and happy alliance between technique and meaning. No one cared at what point a piece of representative art rose from the literal to the metaphysical. But once craftsmanship became obsolete this started to matter a lot. It became paramount. Divine inspiration was everything suddenly, because there was nothing else. Every artist had to pose as a genius or face being dismissed as a water-colourist, a weekend doodler, an easel weasel painting pretty sunsets. Artists declared war on craftsmanship. Sadly they won. (Writers tried it, too, but after Finnegans Wake, the worst book ever published, they hastily and blushingly signed an armistice.) Crucial to the artist’s new status was his strategic decision to shift the burden of elucidation from himself to the viewer. ‘Don’t ask me what it means. I commune with the godhead, earth-dweller, you explain it to me.’

"These two renunciations — of technique and of meaning — created art in its current phase of inscrutable frivolity."

That about sums it up.  Even the simple value of beauty seems to have been forgotten.  After two hours wandering, I left the galleries feeling absolutely nothing.
Posted by David Angsten at 4:25 PM No comments: