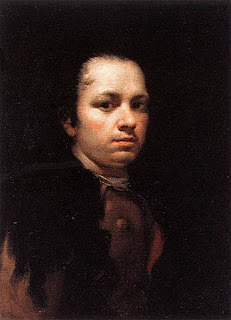 'Fantasy abandoned by reason produces impossible monsters; united with her, she is the mother of the arts and the origin of their marvels.'
Francesco de Goya
Posted by David Angsten at 4:37 PM 3 comments:

An appealing myth, no doubt, and "a form of religion that even atheists can support," but ultimately, Douthat concludes, it offers little solace. Read the whole piece HERE.
Posted by David Angsten at 3:17 PM No comments:

"No drug, not even alchohol, causes the fundamental ills of society. If we're looking for the source of our troubles, we shouldn't test people for drugs, we should test them for stupidity, ignorance, greed and love of power."
--P.J. O'Rourke
Posted by David Angsten at 3:10 PM No comments:

As an antidote, I know of at least two novels I would highly recommend...
Posted by David Angsten at 10:49 AM No comments: